This diversity will be good, and focusing in the code components chrome needs may also make it faster.
--- 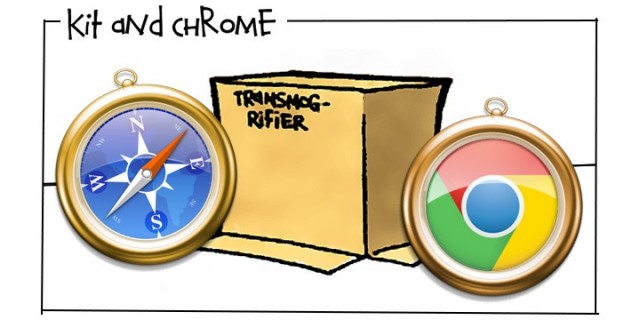 Google announced today that it is forking the WebKit rendering engine on which its Chrome browser is based. The company is naming its new engine "Blink."

The WebKit project was started by Apple in 2001, itself a fork of a rendering engine called KHTML. The project includes a core rendering engine for handling HTML and CSS (WebCore), a JavaScript engine (JavaScriptCore), and a high-level API for embedding it into browsers (WebKit).

Though known widely as "WebKit," Google Chrome has used only WebCore since its launch in late 2008. Apple's Safari originally used the WebKit wrapper and now uses its successor, WebKit2. Many other browsers use varying amounts of the WebKit project, including the Symbian S60 browser, the BlackBerry browser, the webOS browser, and the Android browser.