Find: 'Pinch' connects multiple smartphones and tablets together to make a display

An idea we've played with in class.

'Pinch' connects multiple smartphones and tablets together to make a display 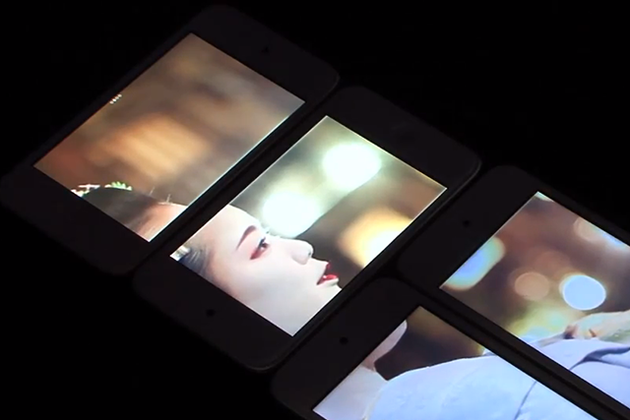 Not content with synchronizing your phones to make one giant speaker? Researchers at the Tokyo University of Technology have developed "Pinch," an interface that lets you connect multiple devices together to form a giant disjointed display. Although the technology behind the interface remains a mystery — described only as a Wi-Fi based system — a video posted by DigInfo TV shows Pinch in action. To connect two devices, a user simply needs to pinch two adjacent screens together. The screens can be linked together in whatever alignment you choose, as the position and screen size of each display is communicated on a successful pinch. It's not the first time developers have managed to link together multiple smartphone displays, but this...
Posted by Ben Watson at 8:30 PM