Find: Behind the scenes of Tumblr’s design process

Begin with sketches.
Track what you ask users to be aware of.
Keep it small.
--/ 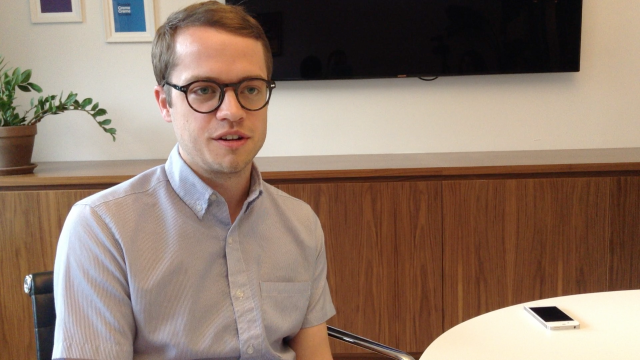 New York City noise blares right outside Tumblr's office in the Flat Iron District in Manhattan. Once inside, the headquarters hum with a quiet intensity. I am surrounded by four dogs that employees have brought to the workspace today. Apparently, there are even more dogs lurking somewhere behind the perpendicular rows of desks. What makes the whole thing even spookier is that these dogs don't bark or growl. It's like someone's told them that there are developers and designers at work, and somehow they've taken the cue.

I'm here to see Tumblr's Creative Director Peter Vidani, who is going to pull the curtain back on the design process and user experience at Tumblr. And when I say design process, I don't just mean color schemes or typefaces. I am here to see the process of interaction design: how the team at Tumblr comes up with ideas for the user interface on its website and its mobile apps. I want to find out how those ideas are shaped by their engineering team into a final product.

Back in May, Yahoo announced it was acquiring Tumblr for $1.1 billion. Yahoo indicated that Tumblr would continue to operate independently, though we will probably see a lot of content crossover between the millions of blog posts hosted by Tumblr and Yahoo's search engine technology. It's a little known fact that Yahoo has provided some useful tools for UX professionals and developers over the years through their Design Pattern Library, which shares some of Yahoo's most successful and time-tested UI touches and interactions with Web developers. It's probably too early to tell if Tumblr's UI elements will filter back into these libraries. In the meantime, I talked to Vidani about how Tumblr UI features come to life.