Kinda awesome. The web as visual medium.
But coding isn't the right interface for building this. Adobe should be outputting this stuff.
---

// published on The Verge - All Posts // visit site 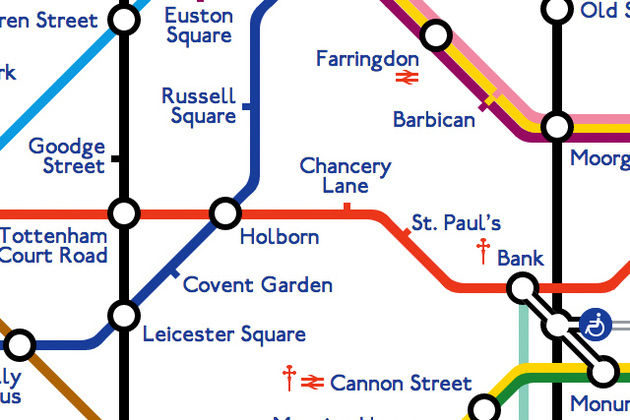 Freelance web developer John Galantini has recreated Harry Beck's iconic London Underground map using HTML, CSS, and JavaScript. The CSS Tube Map was created as a non-profit project to celebrate the sesquicentennial anniversary of the London Underground. Not a single image was used for the design: every symbol, line, circle, and box was created programmatically. Galantini writes that "all the symbols have been recreated using HTML entities, styled and arranged by CSS." Every line is its own unordered list containing station names and items that Galantini then positioned absolutely onscreen using CSS.

The imageless map looks almost identical to the official one provided by Transport for London, and is the result of almost 120 hours work...