Amazon cloud can also be a force for evil. 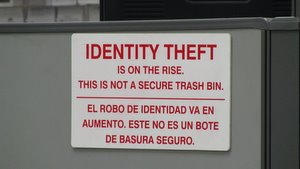 LinkedIn is suing a gang of hackers who used Amazon's cloud computing service to circumvent security measures and copy data from hundreds of thousands of member profiles each day.

"Since May 2013, unknown persons and/or entities employing various automated software programs (often referred to as 'bots') have registered thousands of fake LinkedIn member accounts and have extracted and copied data from many member profile pages," company attorneys alleged in a complaint filed this week in US District Court in Northern California. "This practice, known as 'scraping,' is explicitly barred by LinkedIn's User Agreement, which prohibits access to LinkedIn 'through scraping, spidering, crawling, or other technology or software used to access data without the express written consent of LinkedIn or its Members.'"

With more than 259 million members—many who are highly paid professionals in technology, finance, and medical industries—LinkedIn holds a wealth of personal data that can prove highly valuable to people conducting phishing attacks, identity theft, and similar scams. The allegations in the lawsuit highlight the unending tug-of-war between hackers who work to obtain that data and the defenders who use technical measures to prevent the data from falling into the wrong hands.

from Web Class @ NCSU http://webclass.posthaven.com/hackers-use-amazon-cloud-to-scrape-mass-number-of-linkedin-member-profiles
via IFTTT
Posted by Ben Watson at 12:10 AM