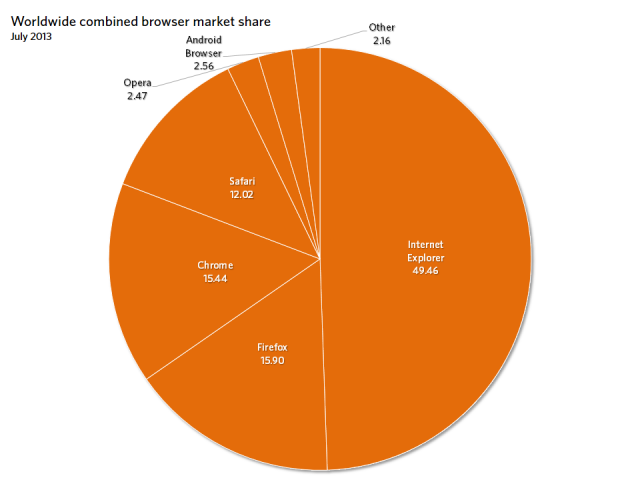 Windows 8 has finally overtaken Windows Vista to become the third most widely used operating system in a month that saw Internet Explorer 10's rapid growth slow down, and the gap between Firefox and Chrome close sharply. 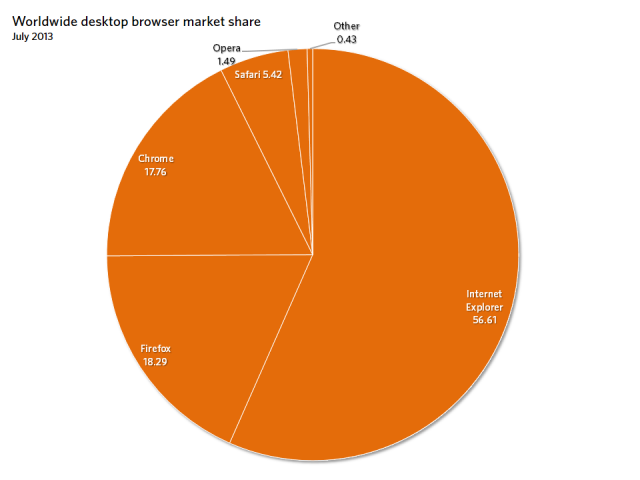 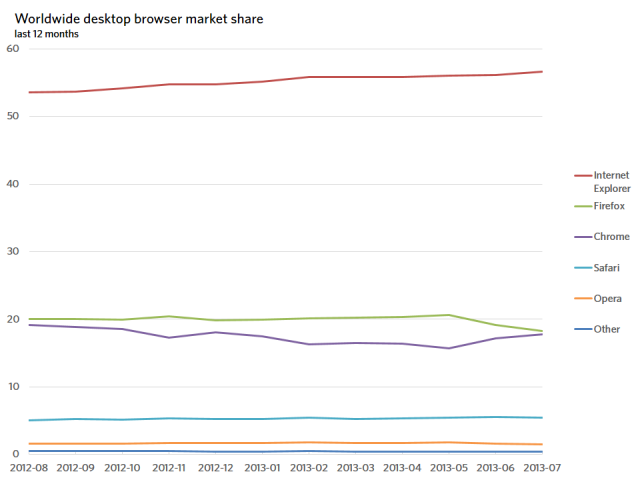 Firefox was down 0.86 points to 18.29 percent, with Chrome up 0.59 points at 17.76 percent, bringing the two browsers within spitting distance of each other. Internet Explorer gained too, up 0.46 points to 56.61 percent. The prospect of Chrome overtaking Firefox to take the number two spot is once again with us. The two browsers last looked as though they would trade positions a year ago, before Chrome lost ground and Firefox reasserted its dominance. 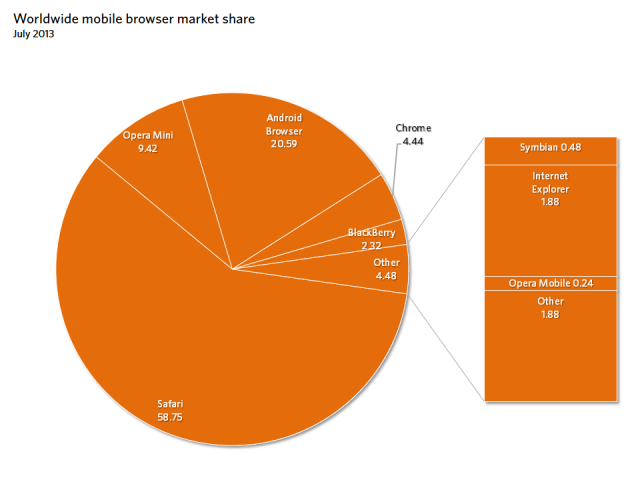 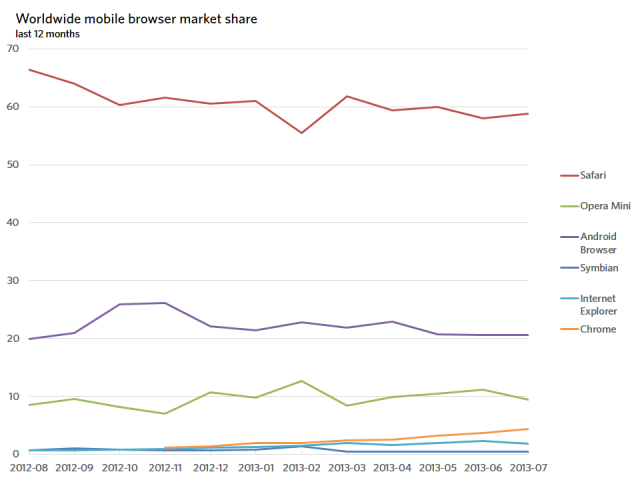 Safari and Android browsers maintain their dominant positions. The Chrome browser on Android is continuing to show strong growth, picking up 0.69 points last month. Internet Explorer, however, suffered significant losses, dropping 0.49 points and wiping out the gains made in May and June.