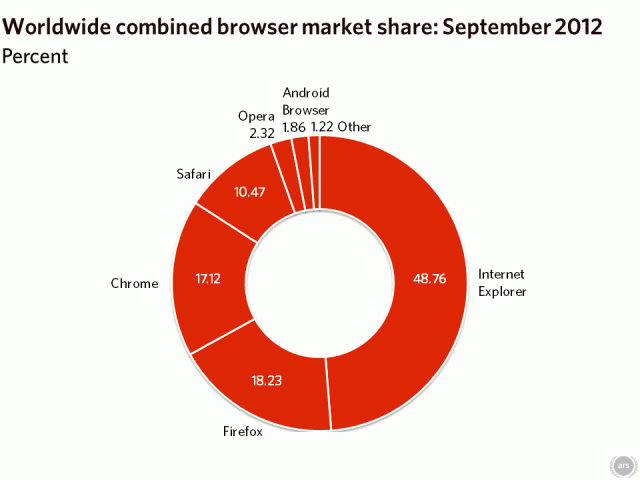 Once again, Firefox has maintained its grip on second place, behind Internet Explorer. And as Chrome falls away, there's now a gap of more than one percentage point between the browsers.

During 2011, Chrome's rise was unstoppable, and it looked as if taking second place was an inevitability. In 2012, Google's browser has come close, but never quite managed to close the gap even with Google's extensive advertising and promotion. 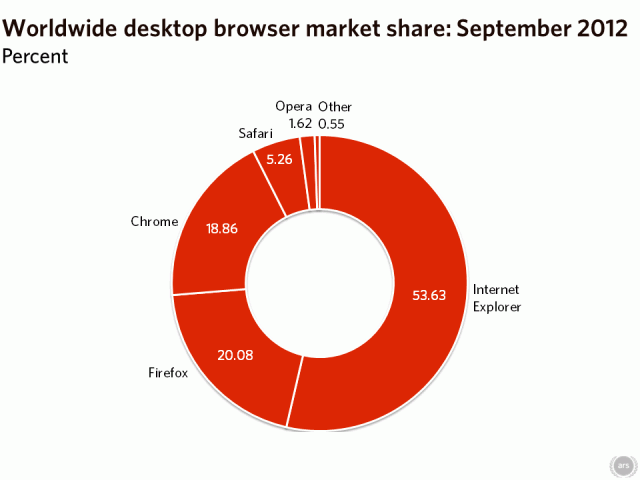 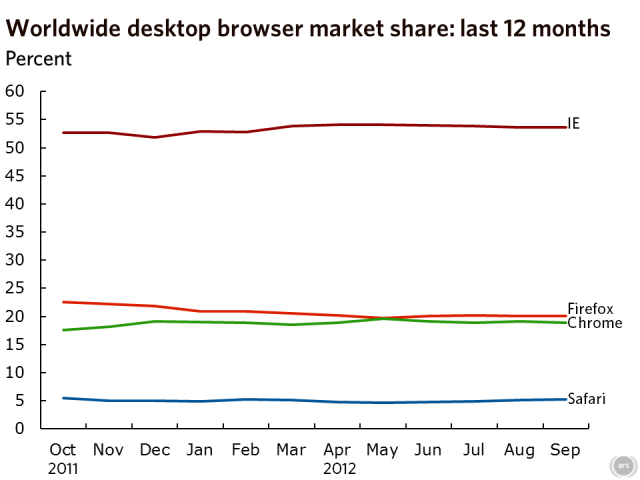