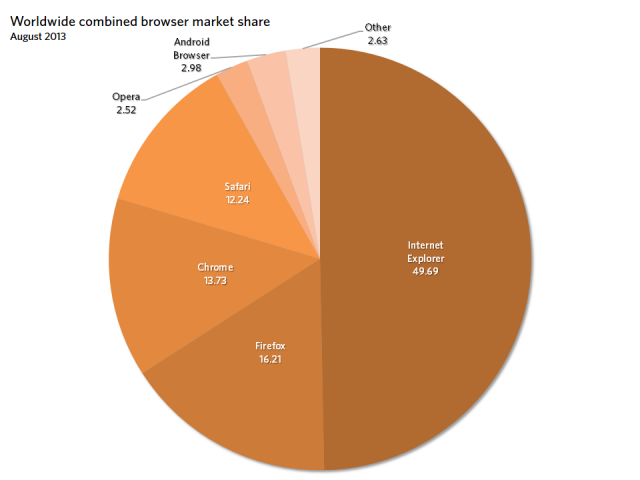 In July, Windows 8 passed Windows Vista in market share. In August, it passed every single version of Apple's OS X, combined. Internet Explorer 10 grew sharply, too, with almost one in five Internet users now on the latest version of Microsoft's browser. 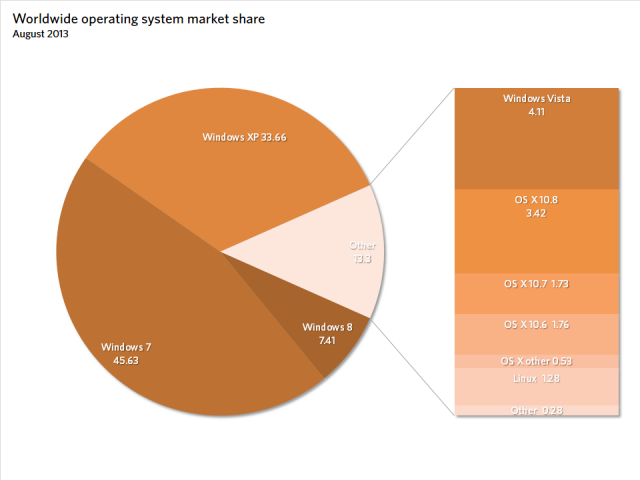 Windows 8 made substantial gains in August, picking up 2.01 points of share. This is 37 percent growth on July's figure. Windows XP also fell substantially, losing 3.53 points. With luck, this might mean that Windows XP is finally on the way out. It has less than a year until it stops receiving free security patches from Microsoft; once this happens, it will essentially be in a state of permanent zero day exploits. Even this level of decline isn't enough to see the operating system eradicated in time for its end of life. That's good news for spammers, who'll have plenty of zombie machines to recruit into botnets, but bad news for everyone else. 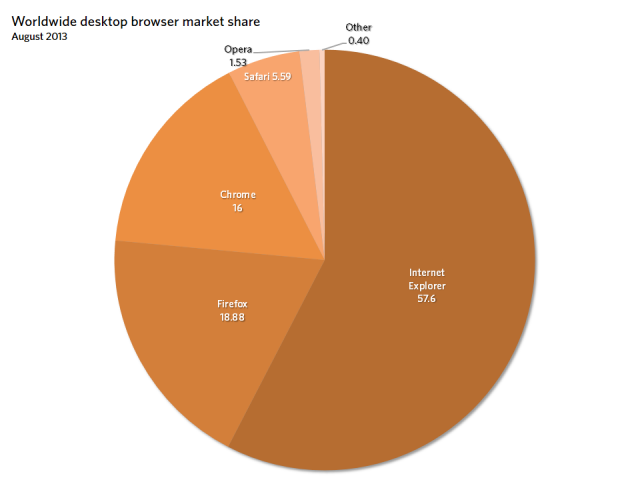 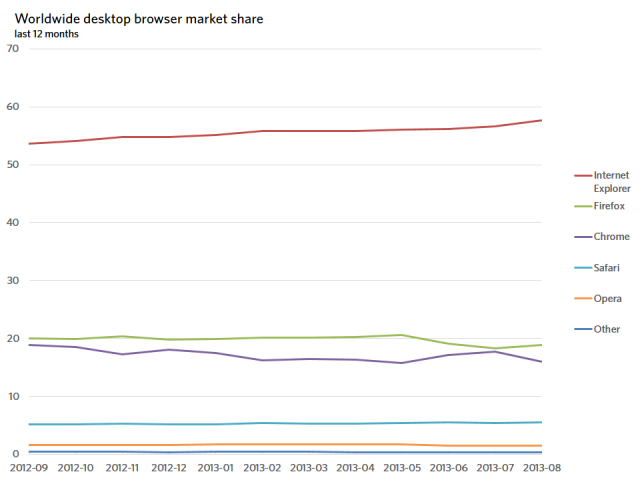 Among desktop browsers, Internet Explorer was up 0.99 points, Firefox was up 0.59 points, and Safari was up 0.17 points. Chrome, however, was down significantly, losing 1.76 points. This means that yet again Chrome has closed in on Firefox, almost passing it, only to fall back.