Find: the father of the Internet says that it's been monopolized 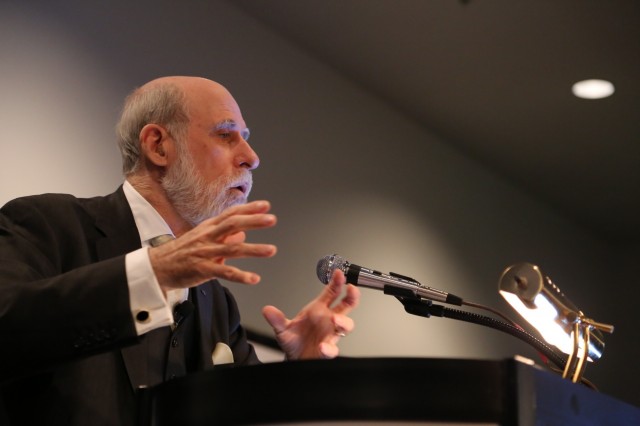 Vint Cerf, co-creator of the Internet, said today he is troubled by the prospect of companies like AT&T avoiding government regulation after the transition from traditional phone technology to all-IP networks. Already, he said, competition was decimated when the Internet moved from dial-up providers to cable companies and telcos.

Cerf—who made the Internet possible by co-developing the Internet protocol and Transmission Control Protocol technology 40 years ago—was speaking at the Consumer Electronics Show's "Silvers Summit" on technology geared toward the older population. "Some people think silver surfers don't know how to use technology. I have news for you: some of us invented this stuff," the 69-year-old Cerf noted.

This happened to be just one day after AT&T described its plans to retire the traditional Public Switched Telephone Network and become an all-IP telco. As we reported, AT&T wants to make this transition without being subject to what it calls "monopoly-era regulatory obligations," which AT&T thinks are unjustified in the Internet age.