The web is capable of amazing things and is becoming more capable all the time. To show some of the potential of a better web, we launched ChromeExperiments.com in March 2009 with 19 inspiring examples by the creative coding community of what’s possible when combining the latest web technologies with a little code and imagination. Some of those original experiments, like Google Gravity and Ball Pool, are still popular today. But we’re pleased to say that they’ve since been joined by hundreds of other contributions from around that world that have pushed the web even further. Today marks our 500th experiment, and in celebration, we created Experiment 500 as a thank you note to everyone who submitted their work to the site. It’s an array of interactive particles, each one of them corresponding to a different submission. You can sort them by date or by category. 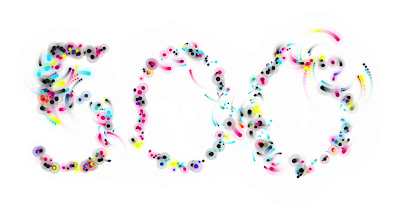 Celebrating 500 Chrome Experiments
As you browse the experiments, you’ll notice that Chrome Experiments has evolved along with the web in the last 3.5 years. After Google Chrome added support for WebGL, for example, we started seeing beautiful 3D graphics experiments like Evan Wallace’s WebGL Water Simulation and HelloEnjoy’s Lights. When Web Audio came out, we received experiments that let users compose music together, such as Brandon Lockaby’s Multiplayer Piano and Dinahmoe’s Plink. This summer, with the release of Chrome for Android and iOS, we also announced a new gallery of mobile experiments, with submissions including AlteredQualia’s Multitouch Toy and Dominic Szablewski’s X-Type. Lately, we’ve seen real-...
Posted by Ben Watson at 9:33 PM