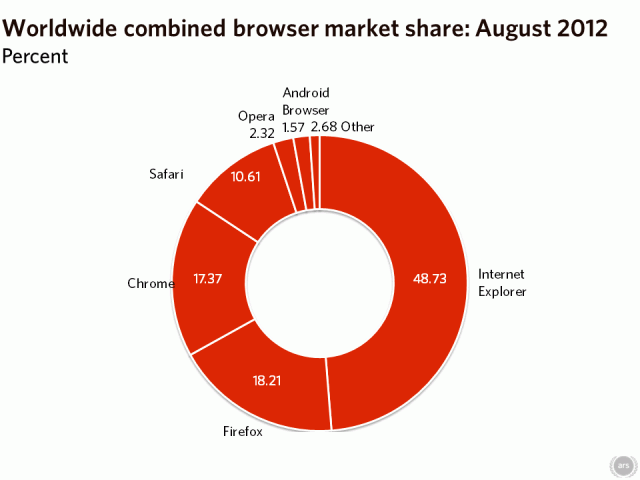 The last few months have seen Chrome poised to overtake Firefox as the second most widely used browser, and Windows 7 on the cusp of overtaking Windows XP to become the most popular operating system. For a long time it looked as if Chrome would win its race first, but in June and July its market share declined, allowing Firefox to strengthen its lead.

In August, Chrome resumed its gains, but didn't grow enough to leapfrog Firefox. Windows 7, however, has at long last overtaken the 11-year-old Windows XP—in the same month that its successor, Windows 8, made its way to the first end-user systems. 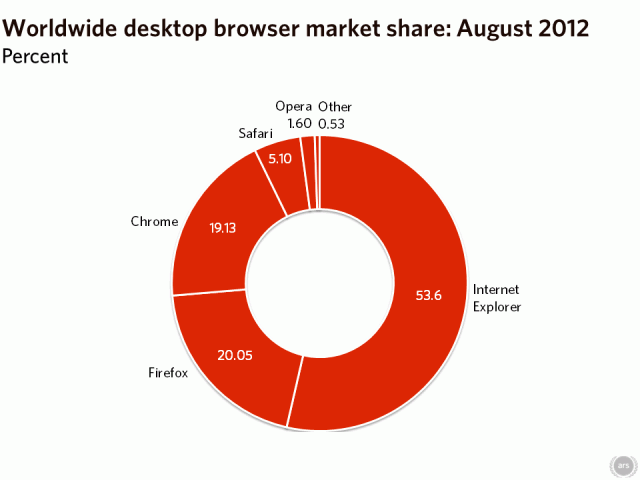 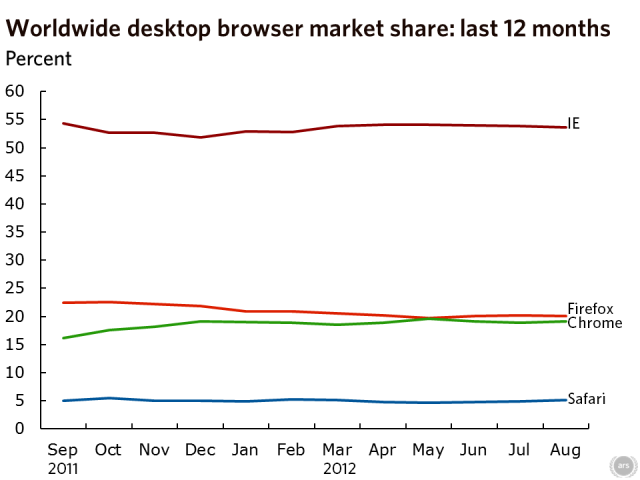