Sent to you via Google Reader

iPad's domination of tablet traffic grows, but does Amazon care? 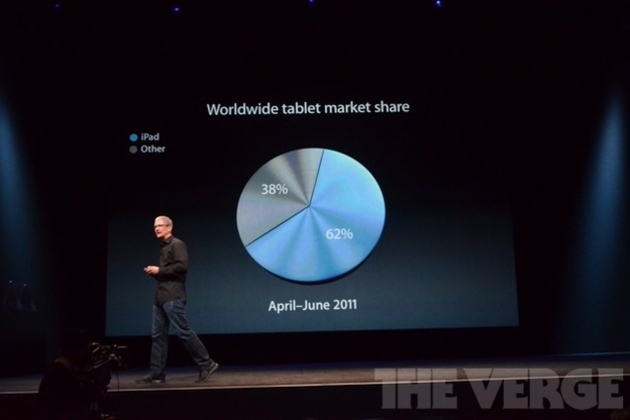 During his keynote speech for the release of the iPhone 5, Apple CEO Tim Cook poked fun of competitors in the tablet space with a few pie charts. While the iPad's market share in the tablet space has reportedly slipped to about 65 percent, Cook noted that iPads still make up 91 percent of web traffic from tablets. "I don't know what these other tables are doing. They must be in warehouses or on store shelves, or maybe in someone's drawer."

Onswipe, a New York startup which helps publishers optimize their sites for touch enabled devices, has just released some new data, and it turns out Apple's lead could be even bigger than Cook boasted. The measurements are taken from 8.5 million unique visitors across the more than one hundred...